Market timing and emotional investing were never more front stage than what experienced in the last 2 months. In September almost every asset class dropped in value. US Equity benchmarks were down between 25% and 35% on the year and bond prices retreated.

In October investor sentiment reversed. The glass shifted from half empty to half full. Major US stock indexes jumped recouping almost all of September’s losses. Indeed, the Dow Jones Industrial Index notched its best monthly gain in close to 40 years closing 14% higher.

So, what changed from September to October, really nothing. Economic indicators continue to show growth, the labor market is tight and inflation, albeit not at the highs we saw in late summer, is still way above the Federal Reserve’s comfort level. Perhaps the market is taking comfort in the idea that pace of interest rate hikes could be slowing. As an example, other central banks, notably the Bank of Canada and Bank of England, have suggested a slowdown in the pace of interest rate increases. When the Bank of Canada met in October, they increased overnight rates by 50bps, less than the anticipated 75bps.

Inflation has had a profound impact on markets this year. We are now at a point where positive economic news is bad for the stock market. Robust economic numbers continue to fuel inflation. Raising overnight interest rates is the Federal Reserves primary tool to slow the pace of inflation. Stock markets don’t react well to rapid rate increases. By example, October’s unemployment data just was released last Friday at a rate of 3.7%, continuing to validate a very robust labor market. Lower unemployment puts pressure on wages which is a large driver of inflation. Stock futures dropped over 1% once the number was released.

The rapid pace of interest rate increases in the US has impacted every asset class. Higher interest rates have a greater negative impact on growth stocks, as they tend to be more levered. Additionally, their earnings projections are further in the future making their revenue stream more susceptible to higher inflation.

Also, higher consumer debt service lowers disposable income. This has weighed on consumer discretionary sector. This is evidenced by the year-to-date results in the graph below.

It is important to recognize that anticipated interest rate moves are priced into the market. Today’s overnight rate of 3.875% is projected to be close to 5.125% by mid next year.

Additionally, the markets could be running into some headwinds. Economic growth is slowing, a rapidly rising dollar could impact exports and there are approximately 25 million borrowers who have their student loans in forbearance since Covid. The forbearance ends in January of 2023 and these borrowers will need to start making payments. This could have a significant impact on spending and could increase labor participation. As noted in prior market updates, historically low labor participation rates have fueled wage inflation.

As we mentioned in our last update, higher rates often lead to opportunity. CD’s, corporate bonds, and municipal bonds now offer yields we haven’t seen in close to 15 years. The landscape for fixed income investing offers the potential for positive returns compared to a year ago. The graph below illustrated the dramatic shift rates this year.

As we mentioned in our previous newsletters, short term volatility has little impact on long term investment results. A well-diversified balance portfolio is a time-tested strategy for long term capital. This market volatility is common.

As always if you have any questions feel free to reach out.

Indices are unmanaged, and one cannot invest directly in an index. Past performance is not a guarantee of future results. All investments contain risk and may lose value. Investing in the bond market is subject to certain risks including market, interest rate, issuer, credit, and inflation risk. Equities may decline in value due to both real and perceived general market, economic and industry conditions.

Statistics sources from Central Bank Rates, Bloomberg, US BLS and US Department of Education.

Jeremy has been in the financial advisory business since 2005 after graduating from Fordham University’s School of Business. He joined Tomoro as a managing partner in 2014. During his tenure, Jeremy has consistently excelled as an advisor in both the personal household and business planning arena. As a managing partner, Jeremy also serves as a mentor to all associates and is hands-on in supporting Tomoro’s growth planning. He has completed various curriculums and certifications, such as New York University’s graduate studies in financial planning, is a Certified Exit Planning professional, and Investment Advisor Representative. He and his family reside in Colts Neck, NJ. 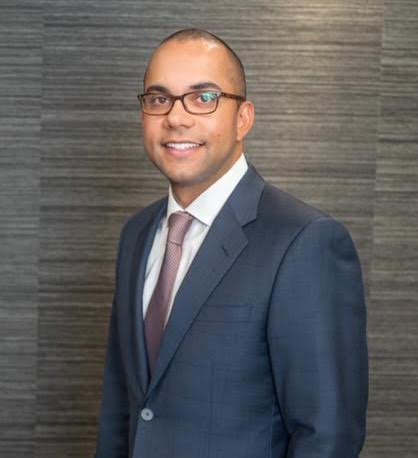 The S&P 500 Index is a market index generally considered representative of the stock market as a whole. The Index focuses on the large-cap segment of the U.S. equities market. The Hang Seng Index (HSI) is a market-capitalization-weighted stock market Index in Hong Kong. It is used to record and monitor daily changes of the largest companies of the Hong Kong stock market and is the main indicator of the overall market performance in Hong Kong.

Indices are unmanaged, and one cannot invest directly in an index. Past performance is not a guarantee of future results. All investments contain risk and may lose value. Investing in the bond market is subject to certain risks including market, interest rate, issuer, credit, and inflation risk. Equities may decline in value due to both real and perceived general market, economic, and industry conditions.